From just a molehill he will make a mountain
For you to climb — your money he’ll be countin’.

Back when girls were girls and boys were boys,
Girls had dolls and boys had guns for toys.
Now the guns are nowhere to be found —
Only dolls are being passed around. 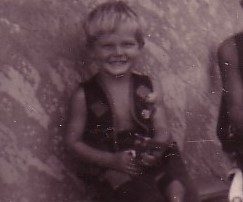 Dusk on the Farm in Winter

Scared sites are not so much revered —
As noted, avoided, and feared.

By accident, by old age,
By disease or war —
Perhaps we’ve all been killed by
One of these before.

A gas called CO2, that is inert;
That plants breathe in to make the planet green;
A harmless clear trace gas that wouldn’t hurt
A fly, is now malevolent and mean.
(Though skeptics whisper: “It is sweet and clean”)
Invisible it is — its molecules,
No matter how one strains, just can’t be seen.
There is a theory, (it’s believed by fools)
That this rare gas a raging furnace fuels,
Which makes the planet warm to a degree;
But should it be reduced, the planet cools.
(A colder Earth a better Earth would be?)
This theory’s pushed by shysters with a flair
For making lots of moolah out of air.

It’s said that their church is so broad,
Few members believe in the Lord.

Be strong — of the strong there’s a dearth.
And be not afraid of your worth.
And proclaim what you think.
To your knees do not sink.
The meek won’t inherit the Earth.