What is it – a bird or a plane?
It’s moving so fast – it’s insane!
My God – it’s a man
With a permanent tan,
Quite small hands, and a long flowing mane!

It’s hither and thither he flies!
He’s punching out all the bad guys!
He fights waste and greed
As he signs at light speed,
The decrees realistic and wise.

But look! It’s the forces of PRESS!
They wish to destroy him – no less!
The despicable turds;
They are firing off words!
Oh no! He’s been hit! What a mess!

But see! He is back in the fight!
(Luckily, PRESS don’t have Kryptonite)
The hero was feigning,
Now blows he is raining,
And PRESS soon succumbs to his might.

And the people surround him and cheer,
But supporters of PRESS scowl and jeer.
They protest in the streets
And belittle his feats;
Spread their message of loathing and fear.

For the hero is stalwart and strong;
He is masculine – that’s clearly wrong.
He’s an action man – bad.
They are shattered and……sad.
It’s for softness and weakness they long.

The acting AG got the sack.
Her bags she is starting to pack.
Obama, he hired her,
Now Donald has fired her
For being a Democrat hack.

If relations with neighbours are tense,
Then it’s clear that it makes lots of sense
To inspect and survey,
And without a delay
Then get busy and put up a fence.

(My take on border walls)

He wanted a cuddle – they stopped him.
They took careful aim and then popped him.
An innocent child;
A gorilla beguiled.
Harambe had meant to adopt him.

Unlock the energy that’s stored below.
Use nature’s gifts – the gas and oil and coal.
Banish stagnation – let the nation grow;
Grease all the wheels – and watch the big rigs roll.
Energy independence is our goal;
We won’t let Arabs, sitting on their oil,
Compel us to pay them – we’ll take control;
For OPEC’s oligopoly we’ll spoil,
As riches are won from the homeland’s soil.
No longer hostage to corrupt cartels,
We’ll bring black gold to light with skill and toil.
Explore! – sink deep the shafts, and drill the wells!
Ignore the naysayers – their doom and gloom;
Cheap energy will drive the coming boom!

We drawing a rine in the sand.
From now on gorf courses are banned.
You hit that white borr,
You breaking the raw.
They use up too much of our rand.

We say: “Give us the ones who broke the law:
Your criminals; the thugs who crossed the sea,
And all who entered by the open door.
Let these, who left their homes, to safety flee;
We’ll light the way – Trump’s threats we will ignore.”

{with apologies to Emma Lazarus} 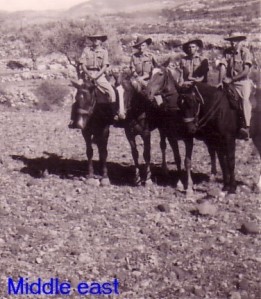 I’m Australian – a true-born native son,
And my freedom I owe to my father’s gun,
And to all the men who died
Fighting evil by his side;
Those who wore upon their hats, the rising sun.

Christianity has had the gong,
For it has appeased for too long.
This turning the cheek
Is just seen as weak;
Islam may be wrong but it’s strong.