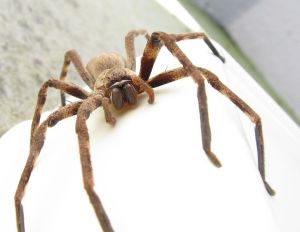 I wrote this for a friend of mine who
had an encounter with a huntsman a few nights ago.
This is not necessarily an accurate account of what happened and
no huntsman spiders or human beings were injured in
writing this poem.

Through the window starlight glitters.
‘cross the floor a dark form skitters
On its eight legs, long and hairy,
Beady eyes and fangs so scary.
Climbs the wall – from light shade peeping.
Now towards the bed it’s creeping,
To the form neath blankets sleeping
Comes the spider salivating.
Soon it’s hunger ‘twill be sating.
But the sleeper now is waking;
Could it be that she was faking?
In her hand a slipper whacking
And the spider’s shell is cracking
As his body, blows are mangling,
Till by just one leg he’s dangling.
Then he crashes, does the spider,
To the bedroom floor beside her.
Screams the victor: “That’ll teach ya!
Die, you vile and nasty creature!”

In the bed now she is dreaming,
But the huntsman’s wife is scheming.
Through the window starlight glitters;
‘cross the floor a dark form skitters!!

Image by JonRichfield via Wikipedia

Close to my house a tea tree stands
With bark of paper so it seems,
That can be peeled in sheets and strands
And gathered up in reams and reams.

As paper this stuff fits the bill
And writing on it is a treat.
Its cost is very close to nil;
The tree replaces every sheet.

This bark I’m sure became the page
When literary skills arose
And every wise old native sage
With charcoal pen was writing prose. 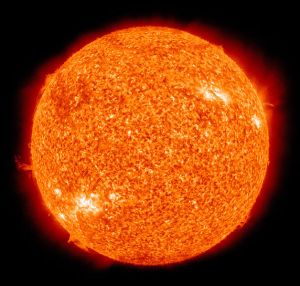 How does an orange clock work?
Well it tells the time in orange coloured ways.
In its innards do strange gears lurk,
And it chimes the years and ticks away the days.
It’s a bright and shiny timepiece;
Every second does it add to make the hours.
When it’s wound down will its time cease,
As its flesh and skin the universe devours. 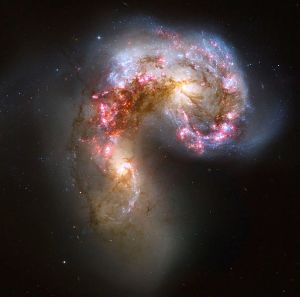 When ends this journey to infinity,
The galaxies, each planet and each sun,
Will cease their flight so long ago begun
And one by one will yield to gravity,
As then the earth, the land, the air, the sea
(As falls from high the bullet from a gun,
So backwards does the time and matter run)
Will hurtle to a singularity.

Where to a point the elements compress.
Explode again in fierce and fiery foam.
Another chapter in the endless tome,
As on the planet that the gods so bless
The creatures rise again from sea and loam,
And idle poets idle thoughts express.